What to eat in Lucca: the best local food! 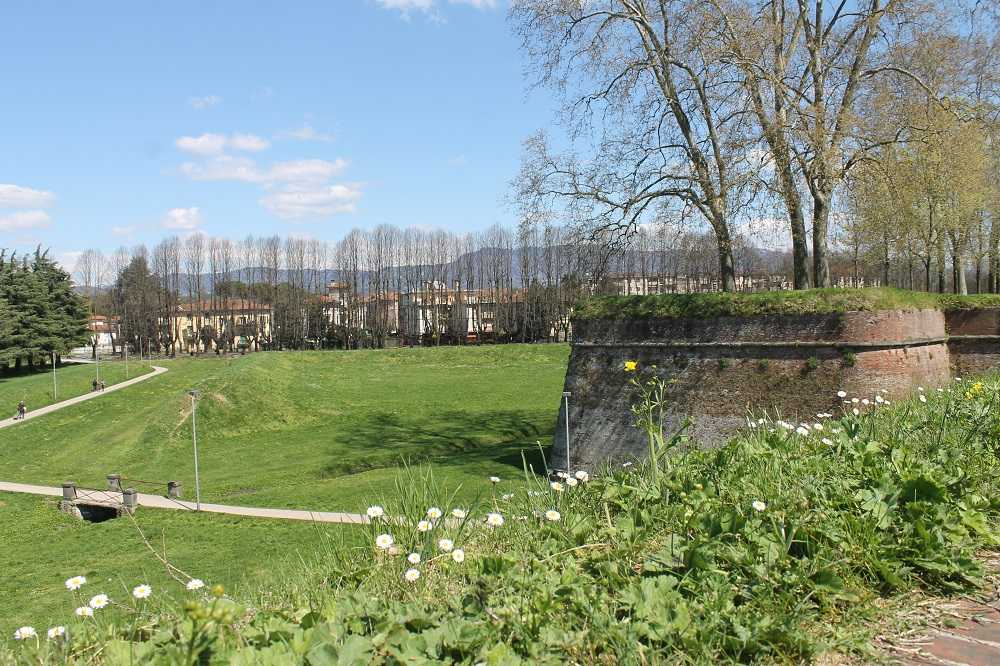 What to eat in Lucca: the best local food!

You cannot leave Lucca and think you have experienced the city without first tasting its typical dishes. Like its Tuscan companions, Lucca’s cuisine has its roots in the peasant culture; the simple and genuine ingredients we find follow the seasonality and are based on the principle of reusing food.

There is absolutely nothing lacking in Lucca’s cuisine. It starts with the first courses and goes through the charcuterie to the dessert. This is how we start our culinary journey that will surely convince you more and more to visit our city.

As soon as you mention Lucca, you can’t not think of its Tordelli. No, I’m not wrong! In Lucca they are not called ‘tortelli’ but tordelli, with the letter ‘d’. So when you enter a trattoria in the city, keep well away from making this mistake! It seems that this name derives from the old Tuscan saying “to be as fat as a thrush”. In fact, this expression usually refers to people of large size, as are our tordelli, which are large and pot-bellied. These are a type of pasta stuffed with a meat filling (pork and beef) in a half moon or circular shape. Traditionally, this dish was prepared on Mondays with leftovers from Sunday lunch, to which were added eggs, cheese, chard, mortadella and, of course, soaked bread. Historically, they are served with meat sauce. 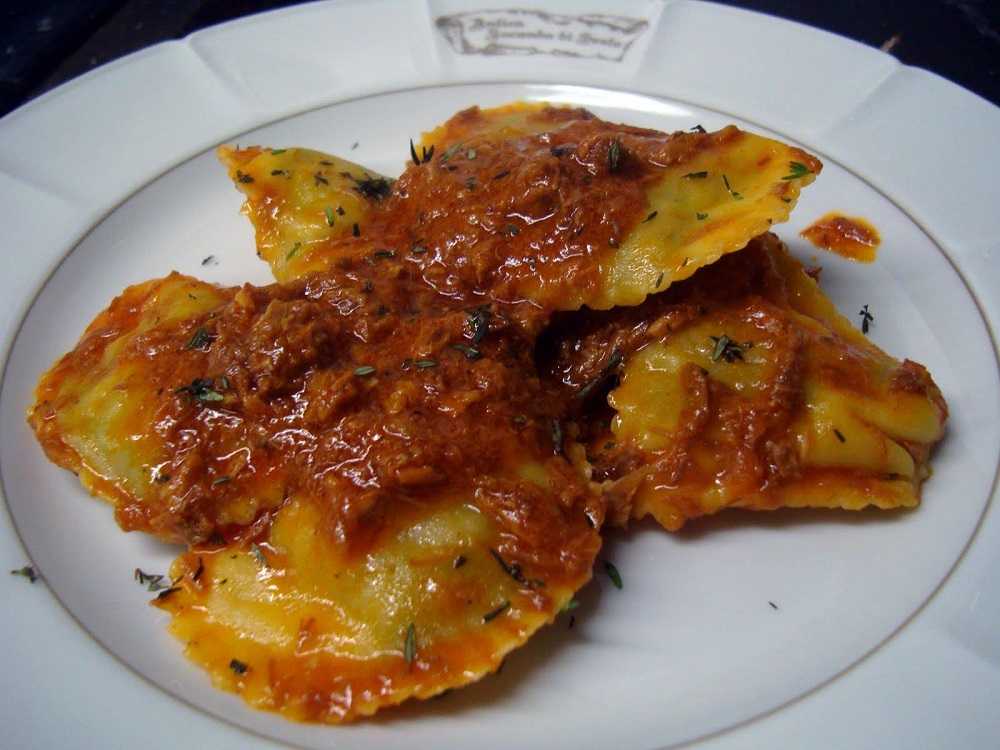 From tordelli we pass on to Soups, of which Lucca is the queen. It is not difficult to imagine yourself in a trattoria in Lucca with a steaming soup in front of you, enriched with a round of good EVO from our hills. The first one I would like to propose is the Frantoiana soup, rich in vegetables and not only… beans, Savoy cabbage, potatoes, courgettes, fennel, black cabbage, leek and pumpkin. It is traditionally accompanied by stale bread left to soak. Clearly the name has its origins in the oil mills. It is said that this soup was served to the labourers who took part in the olive harvest, using ‘novo’ oil for the occasion.

Immediately following the Frantoiana, I propose Spelt or Farro soup. Spelt, considered the oldest of the known grains, is rich in our Garfagnana mountains and has become a typical product, obtaining IGP recognition (Italian quality label for food) in 1996. The recipe is simple: borlotti beans that we call ‘scritti’, spelt, peeled tomatoes, onion and various herbs. 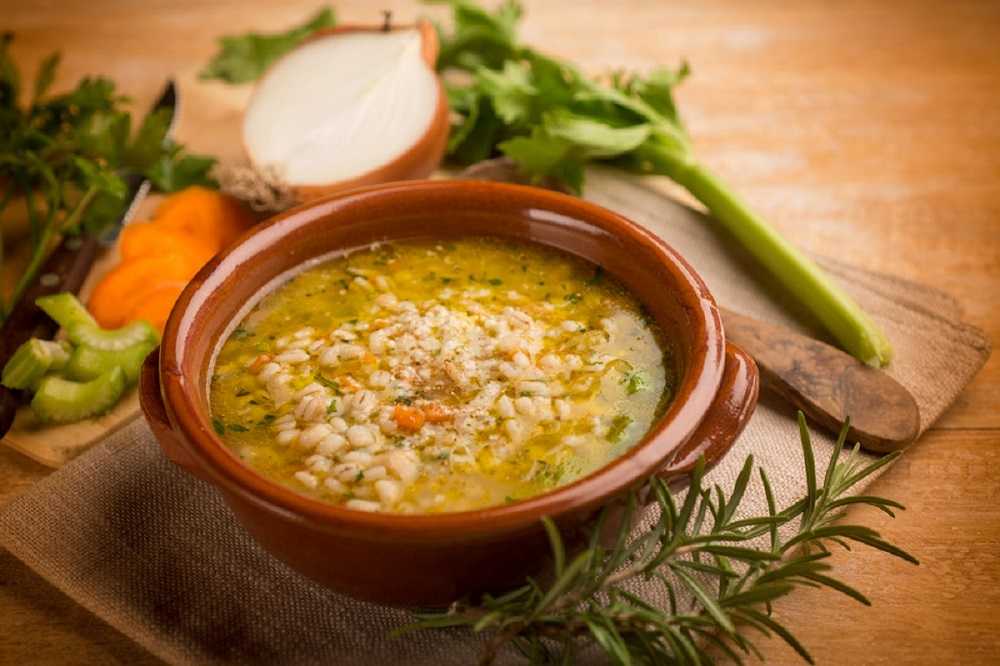 The last one I propose is a spring recipe: Garmugia soup. Unlike other soups of peasant origin, it is said that this was actually a dish for the nobility, given the presence of meat in it. It is said that the term Garmugia comes from ‘sprout’, because of the fresh ingredients that go into it along with the meat: peas, artichokes, asparagus and broad beans.

I would now like to leave soups and talk about two Lucca’s meat dishes, the Rovelline and the Matuffi. Rovelline is a recycled dish, typical of our cuisine; it refers to slices of beef breaded and fried, then cooked in tomato sauce and enriched with capers.  Matuffi, on the other hand, are made with polenta. The steaming polenta is placed at the base, alternated with layers of meat sauce.

Polenta is widely used in the Lucca area; in my house, accompanied by stewed rabbit, it is one of the favourite Sunday dishes prepared by my grandmother. 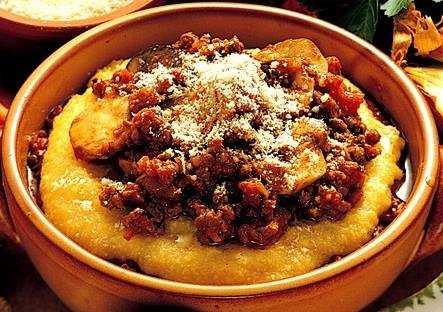 Before we get to the desserts, we must say a few words about the Charcuterie. A popular Tuscan saying reminds us that “you can’t throw anything away from a pig”, and in the Lucca area this is true. The protagonist here is the Garfagnana, a land rich in flavours, which gives us delicious cold cuts. First of all I would like to mention the Biroldo, a salume created with the pig’s waste, the non-noble parts in short, head, rind, tongue and various offal. It belongs to the category of cured meats known as “blood cured meats”; in fact, the pig’s blood is the main ingredient used in its preparation. The second one I am proposing is the Bazzone ham, king of Garfagnana with its 16-18 kilos. This is a ham with a particularly elongated shape and with a distance between the bone and the lower part that varies from 12 to 18 centimetres; this characteristic reminds one of the “bazza”, a word used in the local dialect to indicate a very pronounced chin. The tradition of producing this ham has been rooted in our territory since the end of the 19th century and since then the traditional production process has remained the same with a seasoning period that must last at least 2 years.

Dulcis in fundo, let’s talk about desserts.  Everyone in Lucca will talk to you about Buccellato. The origin of the name comes from the Latin ‘buccella’, that is, mouthful. In ancient times, the buccellatum was a round bread; it is no coincidence that in the original version the cake was shaped like a doughnut, but today we also find it in a straight form, like a French baguette to be held comfortably under the arm.  The recipe is simple: a soft, sweet bread with aniseed flavouring and sultanas inside.  Outside it is brushed with eggs and sugar to create a tasty crust and a shiny dark brown colour.  Being a fresh cake, it can be eaten in slices at the end of a meal while enjoying a glass of wine, preferably liqueur wine, or, when it is no longer fresh, it can be toasted and used with jams and creams in the morning. A small curiosity tells us that buccellato is already mentioned in Lucca in a document dated 1485, linked to the trial of a woman accused of having killed her husband with a poisoned buccellato. So watch out you husbands! 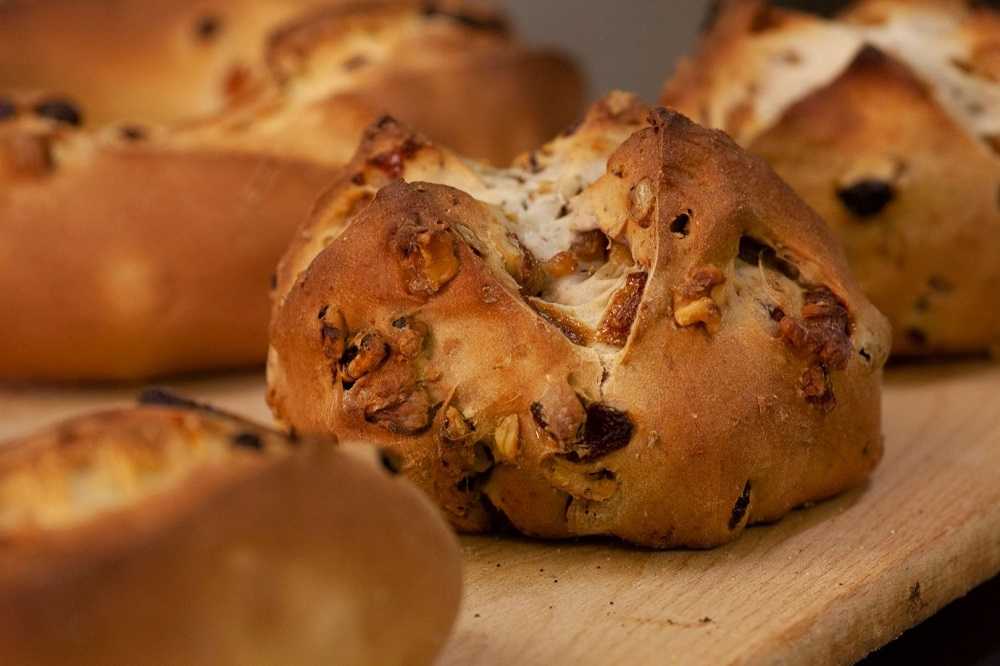 Torta di Erbi (Erbi’s cake) is another cake that is too special not to try. It is a mix of sweet and savoury. It is made with erbi, which for us are chard, bread, pine nuts, sultanas, spices and of course sugar, otherwise it would not be a cake.  These ingredients are mixed together to make the pie filling, which is then placed in a shortcrust pastry base. The result is unique and immediately takes you back to the peasant tradition of the past. 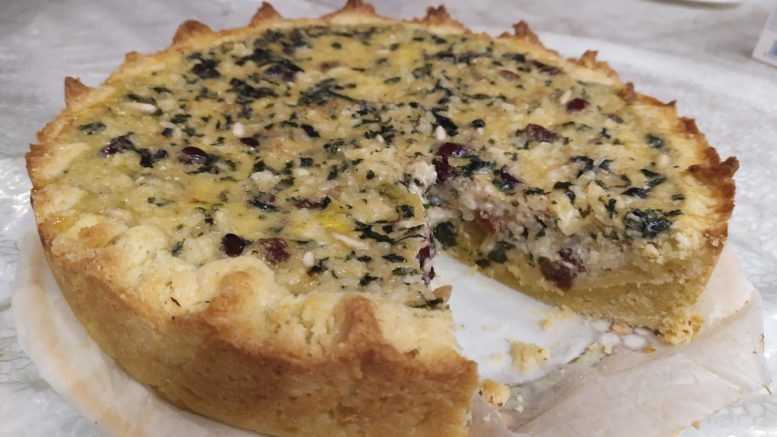 The last ingredient I want to mention with which cakes are made in autumn and winter is chestnut flour. The recipes are the most varied, two of them being Castagnaccio and Necci. Necci are made of simple chestnut flour cooked between ‘testi’, two iron discs with a handle that are placed over a flame. This technique can still be observed at village fairs today! Necci look like crepes and are served rolled up and stuffed with nutella or ricotta or, for the sweet tooth, both.  Castagnaccio, on the other hand, is the cake itself. It uses chestnut flour, pine nuts, sultanas, walnuts and rosemary. Clearly, these last cakes, like those mentioned above, help us understand how humble the origins of Lucchese desserts are, and how Lucchese cuisine and rural tradition are inextricably linked. 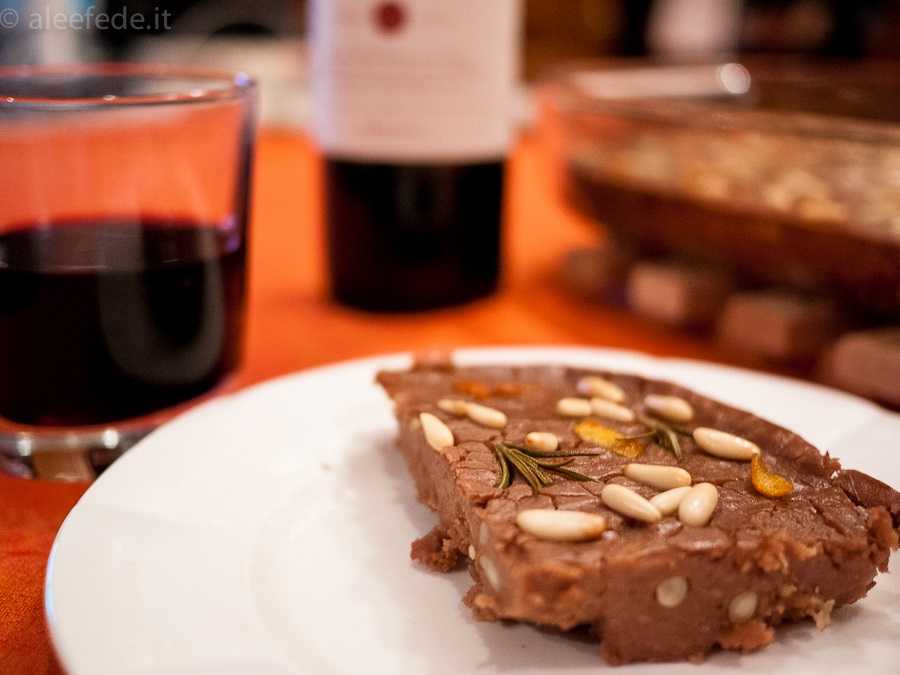 I therefore end this excursus on the cuisine of Lucca here, certain that I have awakened in you the curiosity to taste all these products.

If you wish to learn more about the food in Lucca you can join one of our tours that we propose daily!