The best Events of Lucca: what to experience during your stay in Lucca! 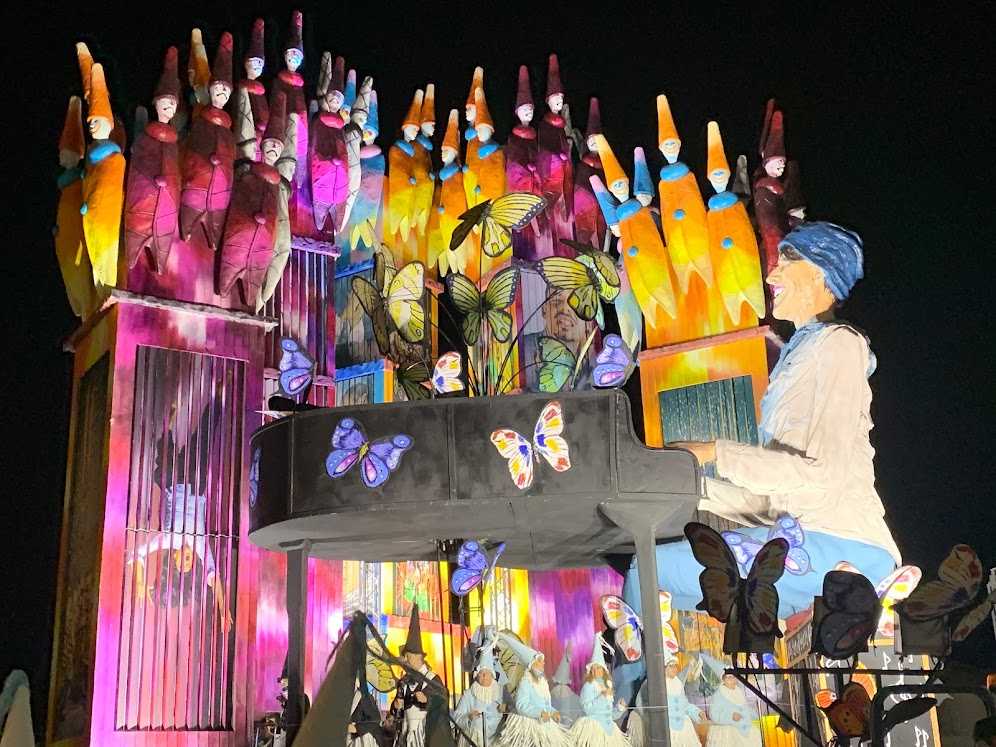 The best Events of Lucca: what to experience during your stay in Lucca!

Although Lucca is a small city enclosed in its four kilometres of walls, we cannot say that it is not a lively city. All year long you will find events, cultural manifestations and concerts for all tastes. Among all the events that take place every year in Lucca, the Lucca Comics and Games and the Summer Festival are certainly the most important and popular among both inhabitants and tourists, but please do not doubt that there are others.

Below we would like to propose you the main events of the city and province following chronologically the course of the months.

For February I want to move just a few kilometres away from the walled city to Viareggio. The seaside town is famous for its carnival, a tradition dating back to 1873. The Viareggio Carnival is considered one of the most important in Italy and Europe. What makes it internationally famous are the large allegorical floats that parade on Sundays between February and March along the seaside promenade, an avenue of over three kilometres that runs between the beach and the Art Nouveau buildings overlooking the sea. These floats are dominated by huge papier-mâché caricatures of famous people from the worlds of politics, culture or show business, whose characteristic features – especially their somatic features – are emphasised with satire and irony. 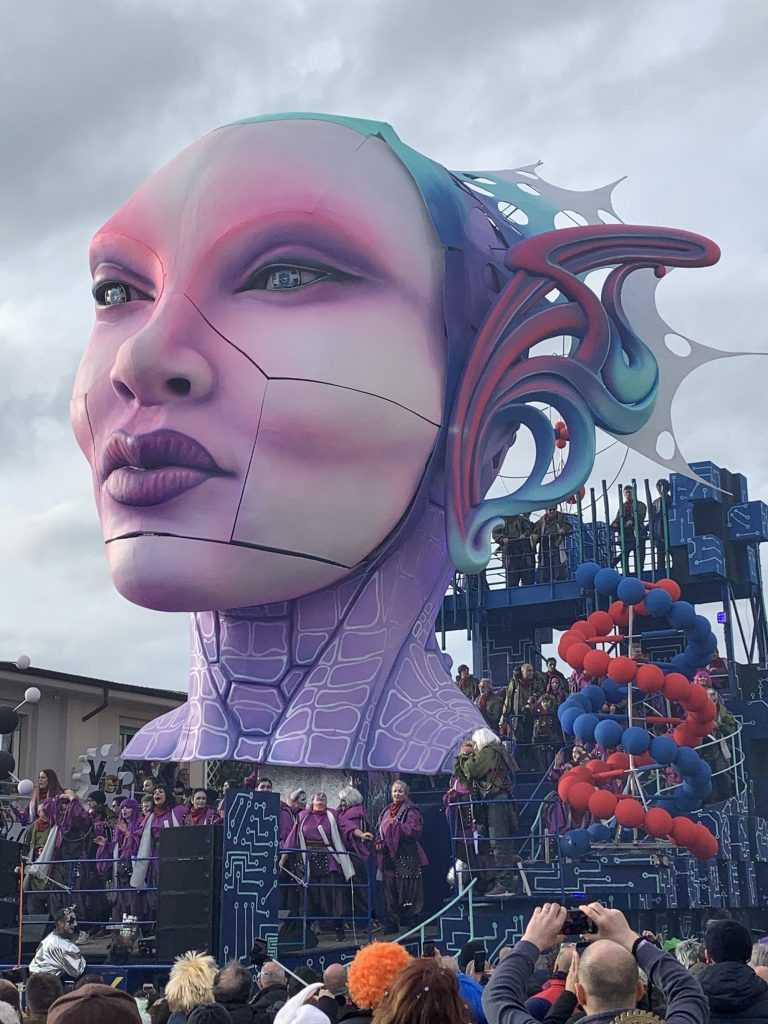 March opens with flowers; the spring exhibition of Antiche Camelie and the Verdemura fair are the two main events of the month. Verdemura is a market exhibition in the city centre dedicated to gardening; traditional flowers and plants are on show, as well as little-known and unusual ones. The camellia exhibition, on the other hand, takes place in the Compitese, a hilly area of the city also famous for its oil. Camellias have been cultivated here since 1795. In a “camellia path” that winds through the village, gradually enriched with new plants and specimens, we find centuries-old camellia plants that remind us of the Far East and excite us with their colours and variety. 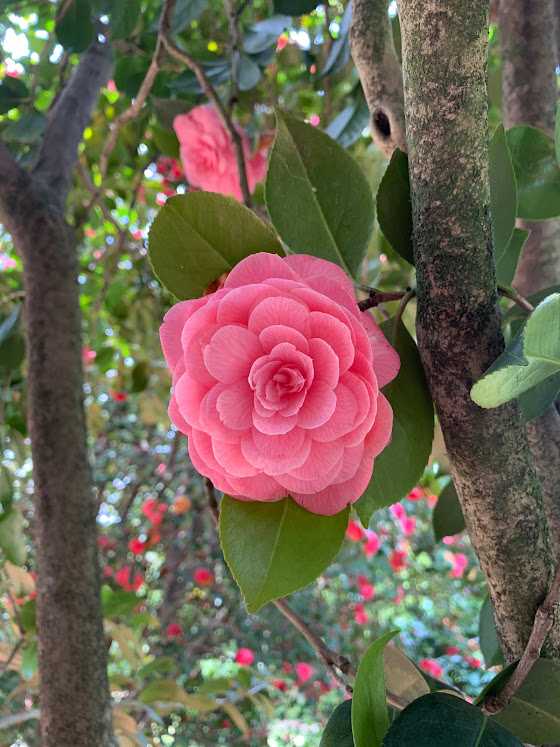 The month of April is also dedicated to flowers. On 27 April there is the popular festival of Santa Zita. Every year a fair of plants and flowers is held in the area of San Frediano and Piazza Anfiteatro. The city is thus transformed into a garden! Clearly there is a reason for all this. The Saint, born in 1218 to a peasant family from Monsagrati, worked as a maid for the rich Fatinelli family of Lucca. She was very generous towards the poor and gave them food and sustenance. One day the master met Zita with an apron full of hidden food to distribute to charity and asked her sternly what she was carrying. Zita replied: “Flowers!” and miraculously, when the apron was untied, flowers really did fall!

In July, the Summer Festival offers a series of musical events of the highest level, with internationally renowned musicians and singers creating unforgettable evenings every year. The concerts are usually held in the centre of town in Piazza Napoleone, but in recent years a large stage has been set up just outside the city walls for major concerts. Just to give you a few examples, past years have seen performances by the Rolling Stones, Roger Waters, Ennio Morricone, Elton John and we are expecting Celine Dion in 2023. 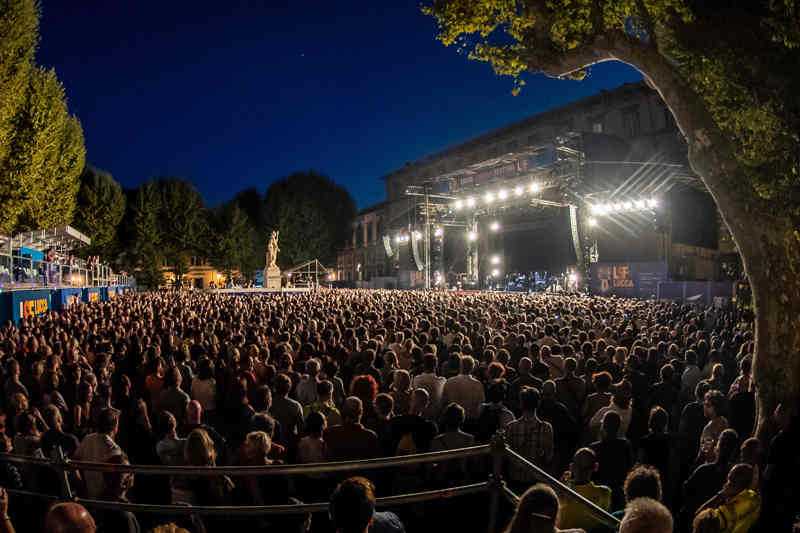 Lucca is a city of music, and there is no lack of concerts on the calendar, especially those dedicated to classical music and opera. Clearly this is thanks to the composer Giacomo Puccini, who was born here. Throughout the year there are festivals dedicated to him and his colleagues in our churches, our theatre and our piazzas. The most important event dedicated to Puccini is surely the Festival Pucciniano that takes place in July and August in Torre del Lago Puccini, the place where the composer lived all his life.

September is the most important month for our city and it is not by chance that it has been renamed “Settembre Lucchese“. Cultural events, sporting events, exhibitions and musical performances are organised throughout the month. The real festival is on 14 September, Santa Croce; the evening before, according to tradition, the Procession of the Volto Santo (Holy Face), our most important relic linked to an ancient legend, takes place through the streets of the old town centre in the sole light of candles. Alongside the religious festivities, the history of September in the Lucca area carries on another tradition, that of markets and fairs, which brings to mind the times when, during the month, precisely at the same time as the religious festivities, fairs and festivals were organised during which goods, livestock and agricultural produce were traded and purchased. 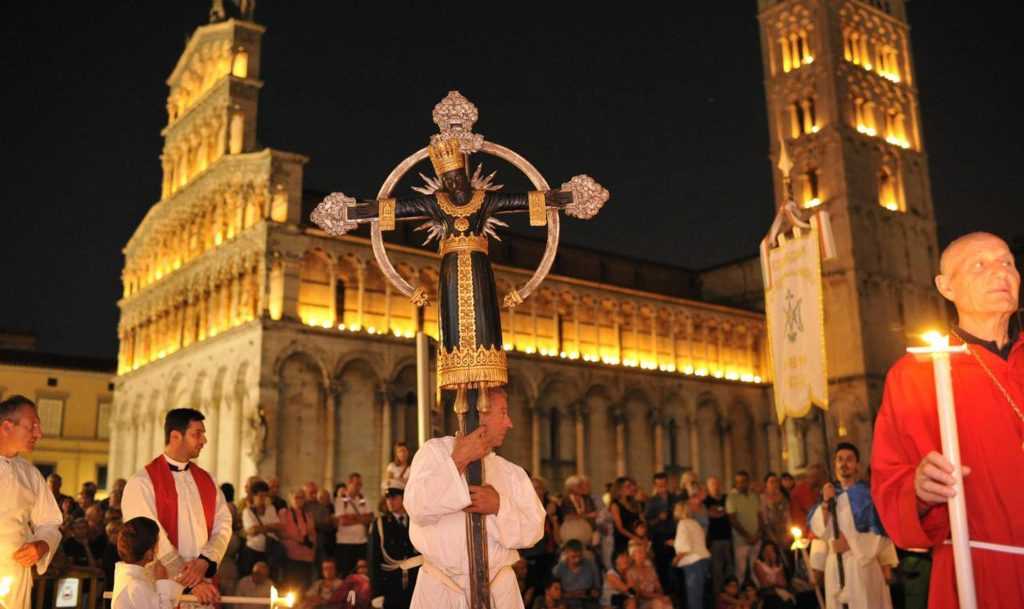 Last but not least, perhaps the most important event is Lucca Comics and Games. You will certainly have heard of this fair dedicated to comics, games (role-playing, board, card), video games and fantasy and science fiction, which takes place between October and November. The event, now considered the most important Italian exhibition in the sector, second in the world only to Tokyo, was inaugurated in 1993 and has grown in importance from one edition to the next. Certainly the most entertaining aspect that strikes passers-by are the cosplayers. These are enthusiasts dressed as characters from cartoons, comics, films and TV series, with make-up and accessories so faithful to the original that it is difficult to understand that they are just disguises! 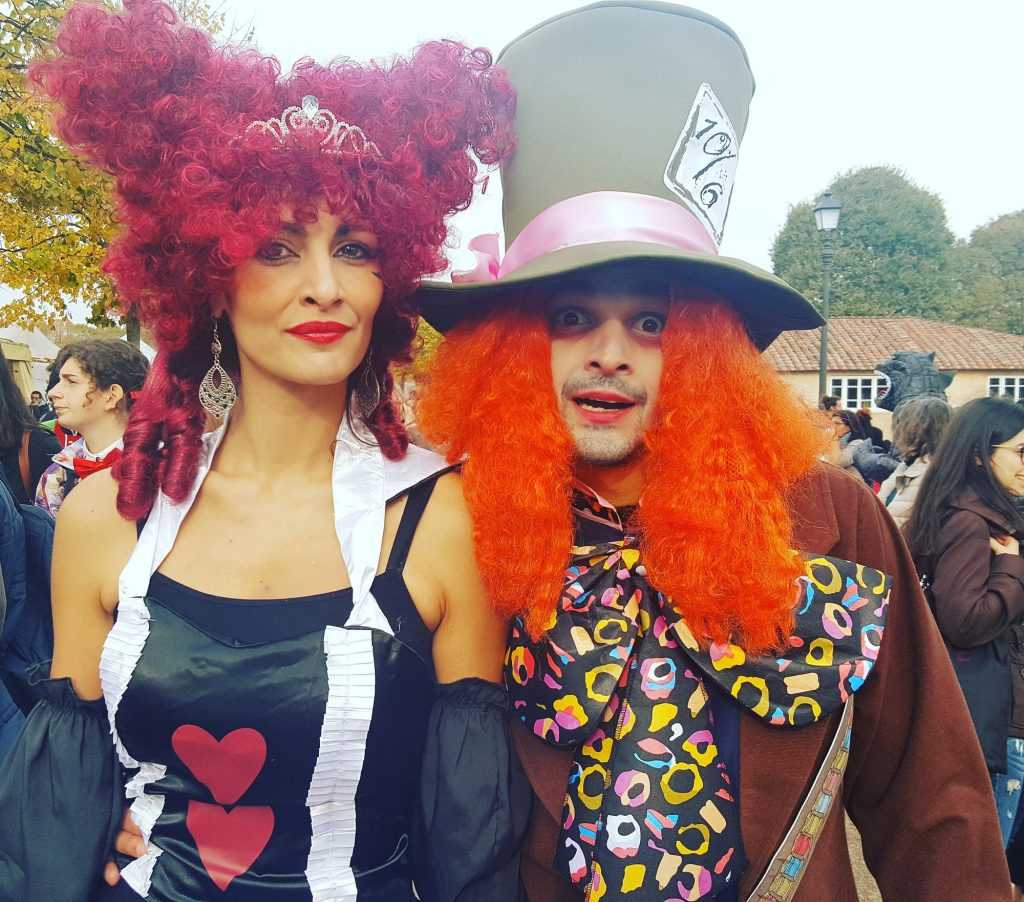 This is the end of this excursus on the main events in town. I am sure I have aroused your curiosity and all that remains is to wish you lots of fun! If you wish to learn more you can take part of one of our tour in Lucca.